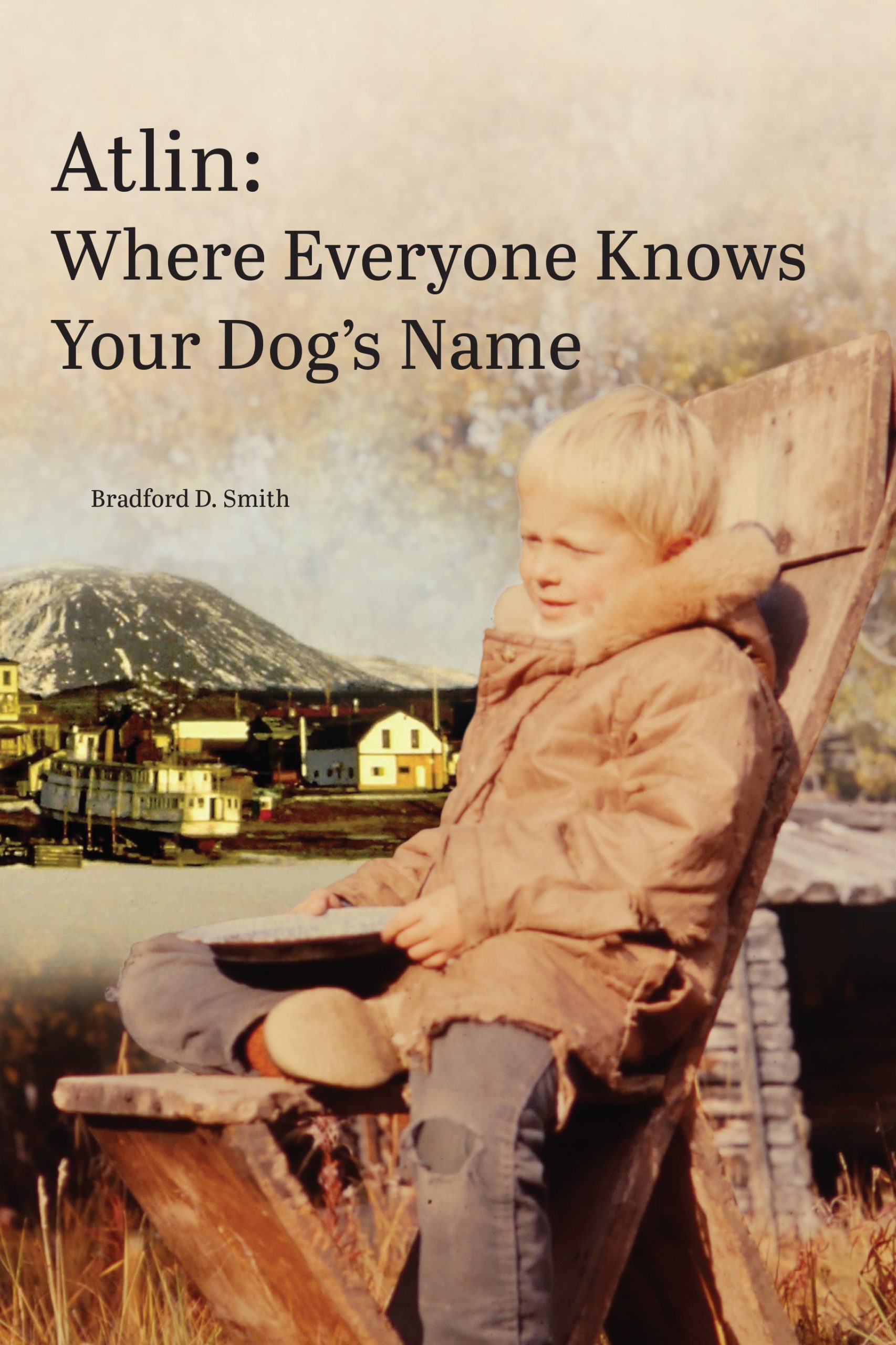 Growing up in Atlin

This story follows Brad through his early youth and his daily adventures surrounded by his family’s many huskies and malamutes. With his buddies in tow, Brad enjoyed carefree days of swimming, fishing, hunting, and random adventures unknown to their city-dwelling counterparts of the time.

In 1967, the Smith family moved from Juneau, Alaska, to the sleepy town of Atlin, British Columbia, Canada. It was the height of the back to nature movement and the escape from the Vietnam war. Atlin was scratching its way back from becoming a footnote in a history book, only recently escaping its ghost town status. Amid the influx of new families and money, it was experiencing a rebirth, a modern-day rush.

Atlin’s recreation center showed an out-of-date movie every two weeks, which fueled the children’s already fertile minds. They emulated the actors and became cowboys and Indians and pirates and Roman gladiators. They acted out these roles as they ran through town, shooting each other with finger guns and throwing imaginary hand grenades, after pulling the imaginary pins with their teeth of course.

A forest fire erupting close to town, the family truck dropping through the lake ice, a vicious dog team fight on the trap line, the beauty of the northern lights on a thirty-below night seen while skating on a local pond, an impromptu chopper ride to the top of a nearby mountain, and close calls with bears are all average experiences of a not so average upbringing.

Just One of the Pack

Dogs and their often-comedic antics are threaded throughout the story as they were throughout Brad’s life, his family and the life of the community. It was a time not far removed from when dogs were central to the northern existence. Dogs were making a comeback, much like the community, after losing popularity to the gasoline engine only a short time before.

Newcomers were keen to experience the joys and freedoms of travel by dog team. Dog racing was exploding across the northland and Brad’s family was in the middle of the sled dog world. They ran dogs on their trap line, and they raised and sold beautiful malamutes. As a youngster, Brad thought himself one of the pack rather than an only child.

The reader will enjoy this adventurous romp through a unique childhood in a place like no other, at a time when kids were allowed to be kids. They will experience nostalgic feelings, a yearning for adventure, and maybe even an urge to visit Atlin, British Columbia.